Peter Sharp Resigns as President of Taubman Asia; Paul Wright to be Promoted into Role

“We thank Peter for his contributions and his steadfast commitment to driving the company’s growth in Asia,” said Robert Taubman, chairman, president and CEO of Taubman. “We wish him well in his new endeavors.“

Paul Wright, executive vice president and global head of Leasing, will be promoted to president of Taubman Asia effective January 1, 2020. He is relocating to Hong Kong and will then report to Taubman Chairman, President and CEO Robert Taubman.

“Paul’s significant relationships with global retailers and partners, and his knowledge of the Asia market, has been an important part of our business in the U.S. and abroad,” said Mr. Taubman. “This promotion is the natural next step for Paul, and his competencies will be essential as we prepare to open Starfield Anseong in South Korea in 2020 and evaluate other opportunities in the region.”

Mr. Wright reports to the company’s Chief Operating Officer William Taubman. After this transition, Mr. William Taubman will maintain ultimate responsibility for the global leasing function, continuing the company’s legacy of developing and leasing best-in-class retail assets that are the most productive in the publicly held mall sector.

Mr. Wright, joined Taubman Asia in 2006 and last served as group vice president of Leasing. During his tenure, he delivered exceptional leasing performance for the company’s ground-up development properties in China -- CityOn.Xi’an (opened April 28, 2016) and CityOn.Zhengzhou (opened March 16, 2017), as well as Starfield Hanam in South Korea (opened Sept. 9, 2016). Mr. Wright also led Taubman’s successful leasing efforts for IFC Mall in South Korea, a center for which Taubman Asia previously provided leasing and management services. He was promoted to his current role and began working at Taubman’s Bloomfield Hills, Mich., office in early 2017. In the U.S., Mr. Wright’s accomplishments have included the successful leasing efforts for the company’s most recent redevelopment projects - Beverly Center in Los Angeles and The Mall at Green Hills in Nashville.

Prior to joining Taubman Asia, Mr. Wright worked with Citta Management Limited where he was responsible for leasing, property management and retail operations at the Taipei 101 Mall. He also held management roles with Lendlease Corporation in Asia and Jones Lang Wootton in Perth and Sydney. A native of Australia, Mr. Wright speaks Mandarin Chinese and English. He is a member of the International Council of Shopping Centers.

Taubman Centers is an S&P MidCap 400 Real Estate Investment Trust engaged in the ownership, management and/or leasing of 26 regional, super-regional and outlet shopping centers in the U.S. and Asia. Taubman’s U.S.-owned properties are the most productive in the publicly held U.S. regional mall industry. Founded in 1950, Taubman is headquartered in Bloomfield Hills, Mich. Taubman Asia, founded in 2005, is headquartered in Hong Kong. www.taubman.com

This press release may contain forward-looking statements within the meaning of Section 27A of the Securities Act of 1933, as amended, and Section 21E of the Securities Exchange Act of 1934, as amended. These statements reflect management's current views with respect to future events and financial performance. Forward-looking statements can be identified by words such as “will”, “may”, “could”, “expect”, “anticipate”, “believes”, “intends”, “should”, “plans”, “estimates”, “approximate”, “guidance” and similar expressions in this press release that predict or indicate future events and trends and that do not report historical matters. The forward-looking statements included in this release are made as of the date hereof. Except as required by law, the company assumes no obligation to update these forward-looking statements, even if new information becomes available in the future. Actual results may differ materially from those expected because of various risks and uncertainties, including that the conditions to one or more transaction closings may not be satisfied, the potential impact on the company due to the announcement of the disposition of ownership interests, the occurrence of any event, change or other circumstances that could give rise to the delay or termination of the transactions, general economic conditions, and other factors. Such factors include, but are not limited to: changes in market rental rates; unscheduled closings or bankruptcies of tenants; relationships with anchor tenants; trends in the retail industry; challenges with department stores; changes in consumer shopping behavior; the liquidity of real estate investments; the company’s ability to comply with debt covenants; the availability and terms of financings; changes in market rates of interest and foreign exchange rates for foreign currencies; changes in value of investments in foreign entities; the ability to hedge interest rate and currency risk; risks related to acquiring, developing, expanding, leasing and managing properties; competitors gaining economies of scale through M&A and consolidation activity; changes in value of investments in foreign entities; risks related to joint venture properties; insurance costs and coverage; security breaches that could impact the company’s information technology, infrastructure or personal data; costs associated with response to technology breaches; the loss of key management personnel; shareholder activism costs and related diversion of management time; terrorist activities; maintaining the company’s status as a real estate investment trust; changes in the laws of states, localities, and foreign jurisdictions that may increase taxes on the company’s operations; and changes in global, national, regional and/or local economic and geopolitical climates.

You should review the company's filings with the Securities and Exchange Commission, including “Risk Factors” in its most recent Annual Report on Form 10-K and subsequent quarterly reports, for a discussion of such risks and uncertainties. 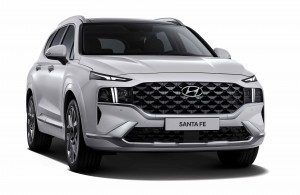